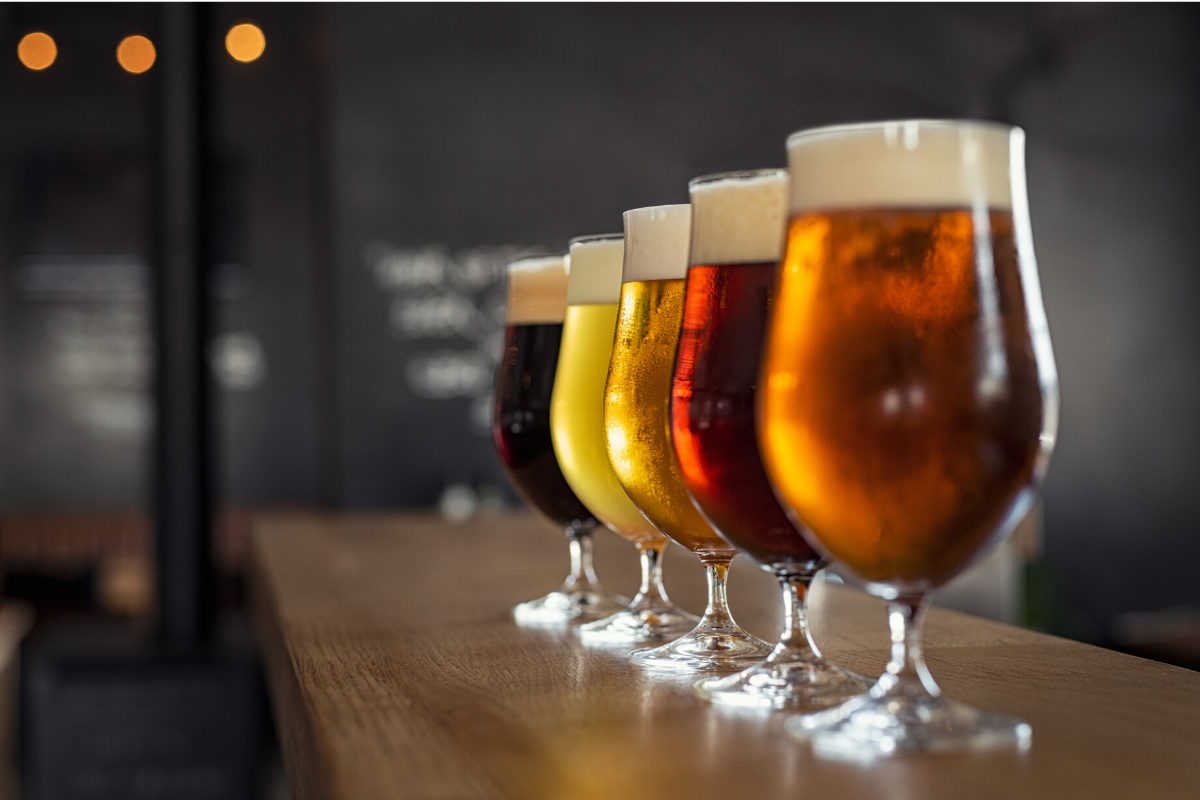 A new breed of beer enthusiast emerges from lockdown

Three months spent in lockdown has significantly shifted the way many are consuming beer, according to our new survey of 2,364 beer enthusiasts in collaboration with Brew//LDN. The research was supported by BrewTapp, Kegstar and Fleet St Communications.

During lockdown, respondents have been drinking beer more frequently, sourcing beer from different channels, broadening their repertoire of beers and even embracing brand new online drinking occasions. Despite this, the actual number of beers being consumed has remained stable overall.

An impressive 46% of respondents bought beer direct from a brewer for the first time during lockdown. 87% said they plan to continue post-lockdown. This signifies a potentially huge shift in the way people purchase their beer with considerable impacts for both the off and on-trade.

Beer enthusiasts have also been pro-actively broadening their beer repertoire. 57% of respondents say they are now more interested in searching out unique beers than pre-lockdown. 47% of respondents said they’ve been seeking out more premium options.

Lockdown has provided beer enthusiasts with the opportunity to develop their ‘hobby’ further by exploring new, unique and interesting beers. Many have not only increased their repertoire of beers, but they’ve also been sourcing them from new and different channels, such as direct from the brewer and online subscriptions. This change will only lead to a more discerning and demanding beer consumer. It will ultimately impact where they source their beers from in the longer term. 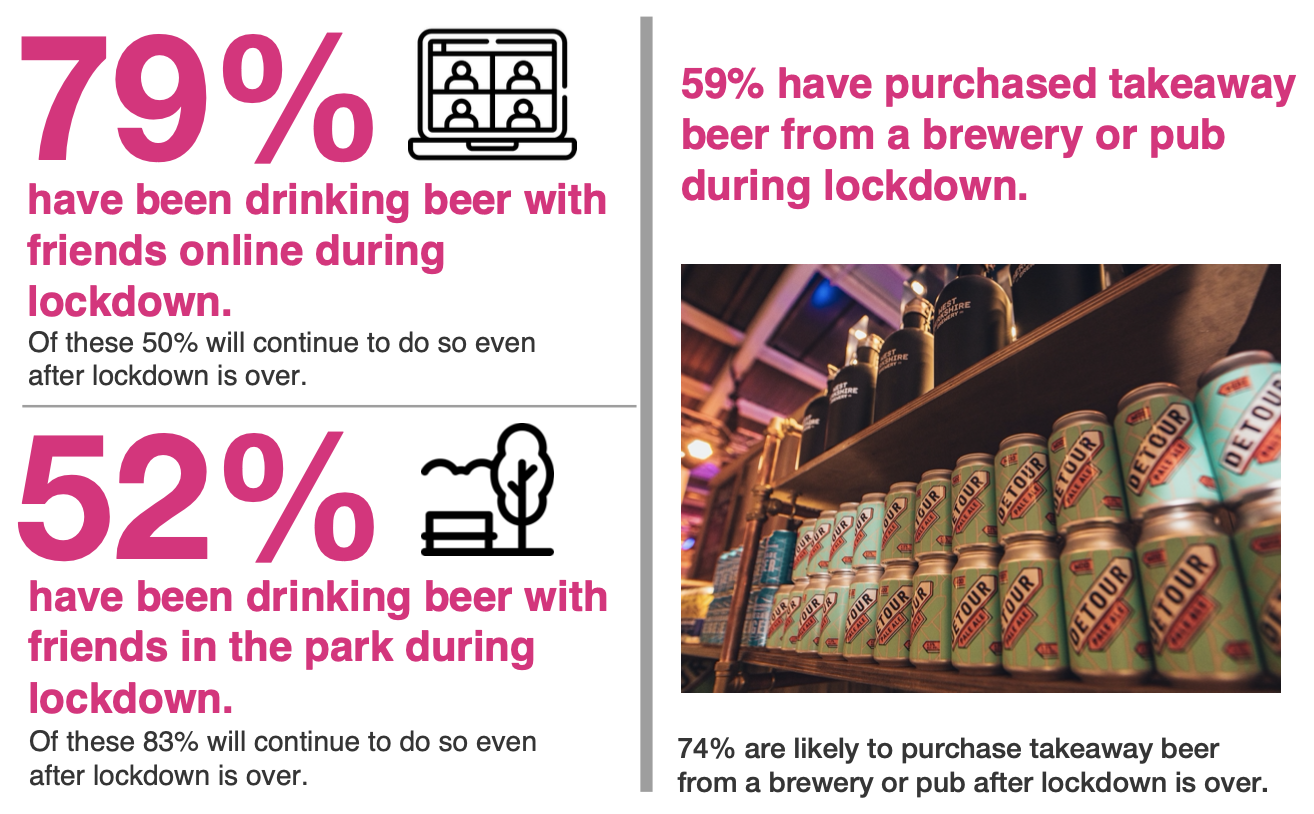 Increased socialising online during lockdown has seen a brand new drinking occasion emerge. An impressive 79% of respondents have consumed beer while ‘hanging out with friends online’ in the last three months. More than 1-in-2 expect to continue doing this even when lockdown measures ease. This offers an interesting new beer drinking occasion for the industry.

“A new breed of beer enthusiast is emerging from lockdown. The challenge for brands and breweries is to ensure that they remain relevant to the customer across all elements of this mix, from traditional occasions in the pubs and tap rooms, to ‘at-home’ occasions, ‘Zoom nights’ to drinks in the park and more.” Daniel Rowntree, co-founder of Brew//LDN

The study also showed that a much higher proportion of ‘beer enthusiasts’ are now drinking nearly daily; only 5% said they drank more than 6 days a week pre-lockdown, whereas this figure has now risen to 19%. But no need for a moral panic here- many are generally only drinking 1 or 2 beers a day.

At an average level, respondents have been drinking slightly more frequently – an extra 2 days a month – but consuming fewer beers per ‘session’ (-9%) meaning overall consumption has remained stable.

There was significant support for local breweries with 79% of respondents suggesting they are much more interested in supporting them since lockdown began.

We carried out the research, with BrewLDN, because we had a strong suspicion that beer drinkers had changed up their habits during lockdown and wanted to ensure the beer industry had the right insights and knowledge to react. The extent to which beer enthusiasts – people who already really “know their beers” – have been switching things up was surprising. The impact on the beer industry, on retail and the on-trade as lockdown eases will be significant.

To access the free report in full click here. The report was created in collaboration with Brew//LDN and includes expert commentary from BrewTapp, Kegstar and Fleet St Communications.