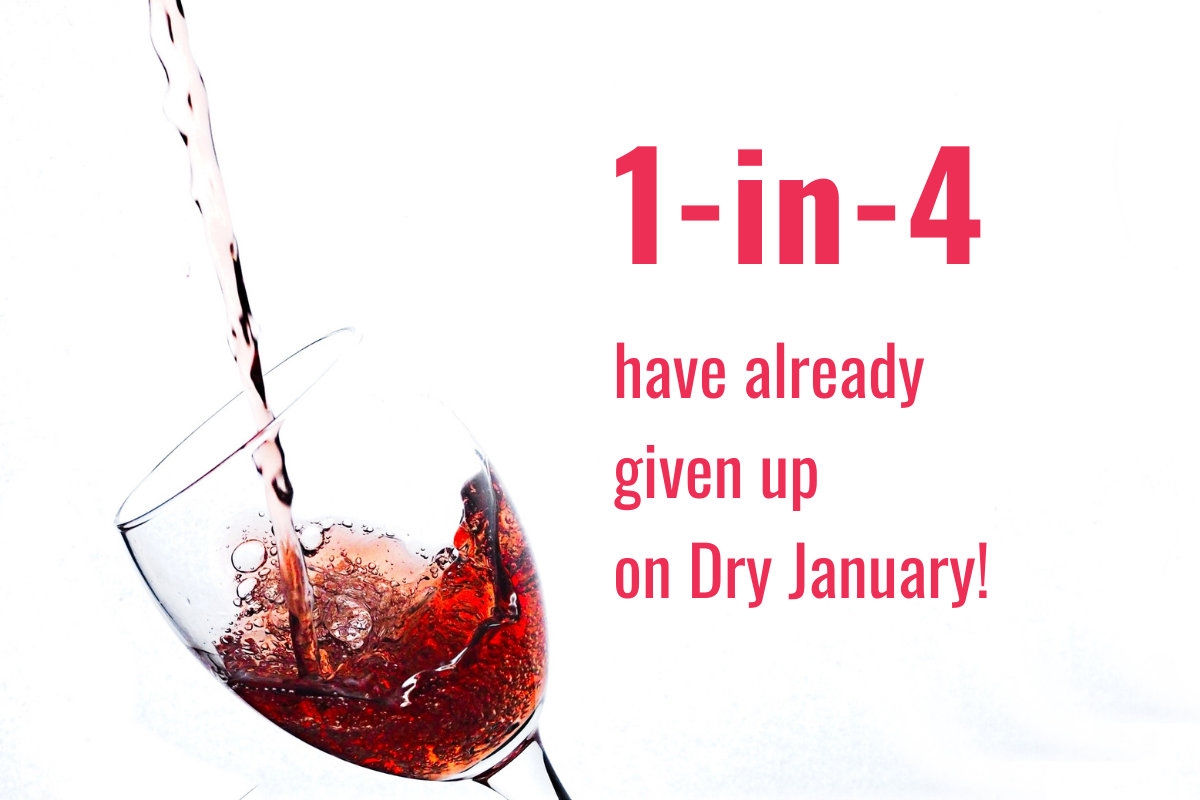 Nearly 1-in-4 of those who attempted Dry January 2021 have already given in to temptation.

A snap poll carried out yesterday (5/1/21) by KAM Media found that it’s only 5 days into the new year and around 2.7 million people have already given up and consumed alcohol.

30% of UK adults intended to take part in ‘Dry January’ according to research we conducted in December. By January 1st that figure had dropped further with 31% of them saying they didn’t actually get started. Our most recent poll, conducted on 5th Jan shows that only 75% of those who actually attempted ‘Dry January’ are still going strong. Given the new lockdown restrictions, it probably doesn’t come as a huge surprise to most!

Generation Z and young Millennials are keenest to take part in ‘Dry January’ with 48% of those under the age of 34 years attempting to take part.

2020 was such a tough year that you may think people would be less likely to give up alcohol but the number of UK adults attempting Dry January this year remained on a par with last year, yet people are giving up much sooner.

75% of those taking part in Dry January expected non-alcoholic versions of beer and wine to help them get through the month. According to KAM’s brand new Low and No research, consumer awareness of the availability of low and no alcohol variants has sky-rocketed in the last year.

Last year only two thirds of consumers had even heard of non-alcoholic beer, now that figure is 3-in-4. Awareness of non-alcoholic spirits and wine has also grown significantly. Sales have boomed in low and no categories this year, we expect them to play an increasingly important role both at home and in the on-trade.

We’ll reveal the full results of our new research into Low and No alcohol – from the customer perspective – on 19th January via webinar. Sign up here. 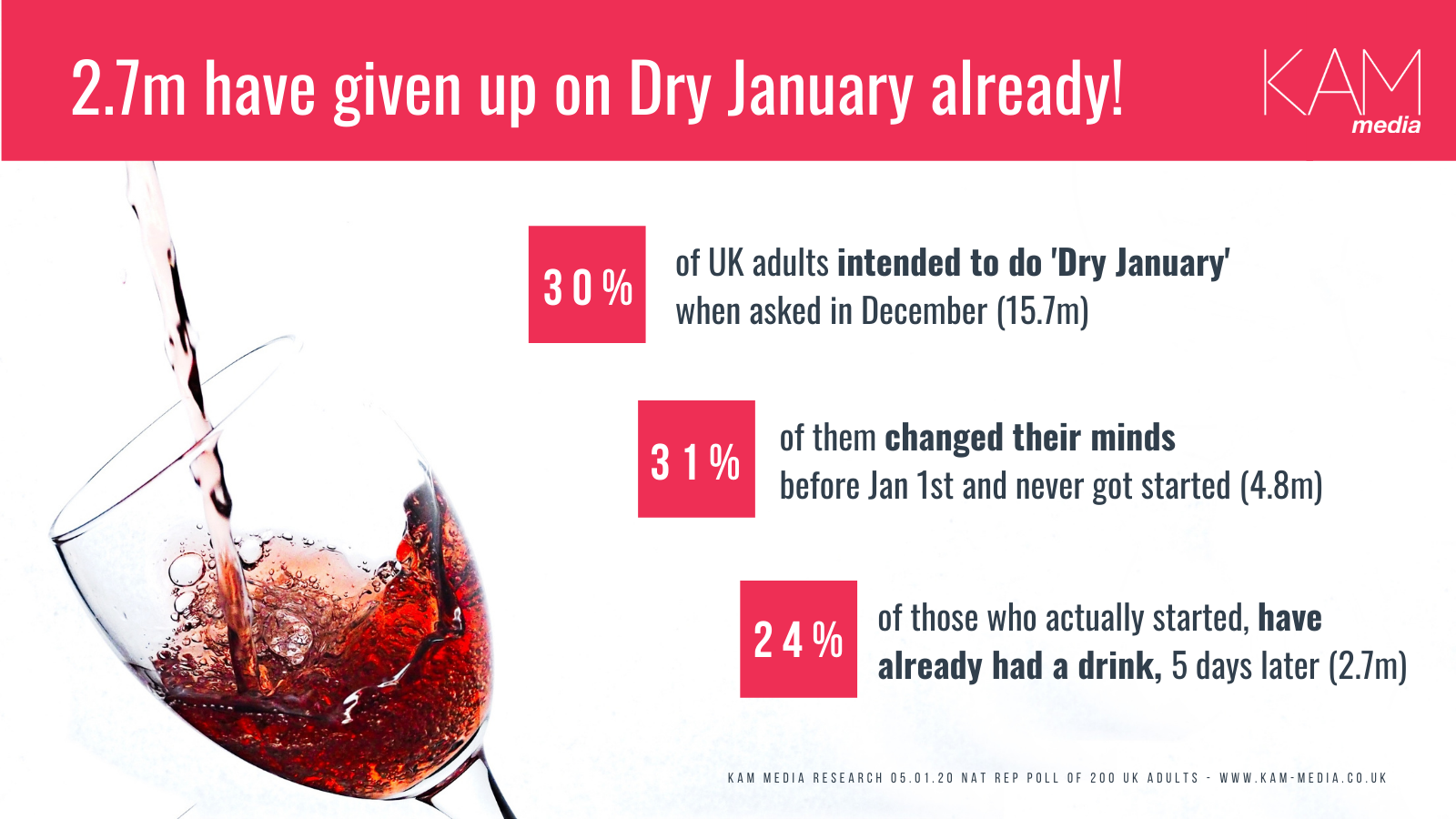